This is going to be my new page where I am going to aim to address different issues on a daily basis. As I am going to try to do them daily, they won’t be very long articles but enough for some basic information on whatever the given topic is. I decided to make the first post about something I believe is very common nowadays. And that is backbiting.

Backbiting is a common disease of the soul and is very prevalent in our society, especially so in the Pakistani community. I know I see it a lot and it is actually saddening that so many people seem to partake in this major sin. Many don’t understand how much of a sin backbiting is or even if they do, they don’t actually understand what counts as backbiting. A lot of passing comments that many people make nowadays come under the category of backbiting. It is very important that we guard our tongues as on the day of Judgement, our words may be used against us.

Backbiting is a major sin in Islam yet so many people have fallen victim to this evil. Many Muslims are always aware of zina (fornication) being a major sin in Islam and because of the consequences do not indulge in it. Yet this same restraint is not given to backbiting because it has become such an integral part of our daily wives.

This hadith shows that backbiting is a worse sin that fornication, yet so many people seem to take this so lightly. Not only are there many hadith relating to the sin of backbiting, it is explicitly mention in the Quran.

This is literally stated in the Quran that as Muslims we should not backbite yet so many still do. It is important that we learn to ease of this habit for the sake of our deen. At the end of the day, we are all prone to making mistakes, but we should all try out utmost best to strive to be better than how we were the day we were before.

My brother told me a story about a man who used to backbite about another pious man in the community. Now during this time, the backbiter used to receive gifts from an unknown individual. The man was confused as to where the gifts were coming from and so he asked around. Eventually it came to his knowledge that it was the man that he had been backbiting about. This caused the man to wonder as to why he was backbiting about a person who gifts him such things, so he stopped backbiting. As soon as he stopped backbiting, he stopped receiving gifts. This confused the man and he approached the pious person and asked why this was the case. The pious man replied and said, “when you were backbiting about me, I was being given your rewards so I thought I would gift you with something in return. When you stopped backbiting about me, I was no longer being given any rewards, so I also stopped gifting you.”

The moral behind this parable can help us see the consequences of us backbiting. Are we willing for our blessings and our good deeds to be given away just because we cannot learn to control our tongues? It is also important for us to realise that the company we keep is an important aspect for us in terms of avoiding backbiting as even being in the presence of the one who backbites is considered backbiting.

Both were held accountable even though only one of them committed the act of backbiting and the other only listened to it. The listener of the backbiting is also one of the backbiters. From this we can see the importance of keeping good company.

As Muslims, we should strive to conceal our fellow Muslims’ sins and try to guide them on the straight path. It is of no benefit if we backbite about others.

One thought on “Backbiting”

I’m Sadia, a 20-and-some year old Muslim aspiring scientist and writer who loves to experiment with cooking, baking and all things food. And here it is: a blog following the ramblings of a 21st century Muslim girl about her never ending love for Islam, cooking and life! 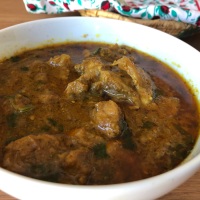 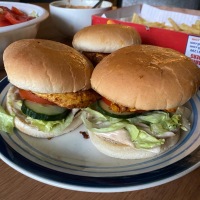 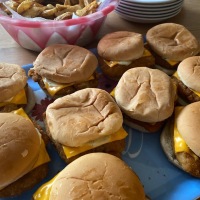 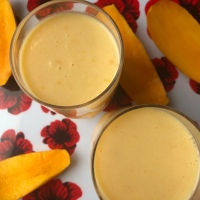