I think I can speak for everyone when I say pizza is a universal favourite. Although that isn’t entirely true because my little sister doesn’t like takeaway pizza. I am also ashamed to say that I am not the biggest fan of pizza either…I will eat it, but I am not obsessed with it. I would MUCH rather prefer to have a burger and chips. I suppose everyone has their own personal preference.

The reason I decided to create an easy pizza dough recipe is because where I live pizza is expensive. It isn’t so expensive in the city where I go to university, but it is an absolute rip-off in my hometown. The only time my family and I get pizza is on the days when there are offers, otherwise it isn’t worth it. So, as I didn’t want to have to constantly fork out lots of money (or rather have my parents constantly fork out lots of money) I thought it would be a good time to make a homemade pizza crust recipe.

To check if the yeast is still active the yeast mixture will form bubbles on the surface after a few minutes. If none form the yeast is dead and you should use a new packet of yeast to ensure that the dough actually rises. When the dough has been left to rise for a while test if the pizza dough is fully risen by pushing two fingers into the dough. If the indentations remain the dough has risen enough and can be used now. If the indentations do not remain the dough should be left to rise further. It doesn’t matter if the dough hasn’t fully risen, it can still be used if you’re in a bit of a rush.

I usually roll out the pizza dough on to the pizza pan and then cover it again with a tea towel to allow it to rise a bit more. So, I recently found out from a friend of mine that you are not actually supposed to use a rolling pin to create your pizza bases. There are multiple different techniques that people use to stretch their pizza dough. It takes A LOT of effort to learn, but the more you do it the easier it will become.

Pair this with my pizza sauce recipe and voila! You have the base ready for your pizza creations. This pizza dough recipe makes enough dough for two 12-inch pizzas, so you can alter the ingredients as required depending on how many pizzas you want to make.

I’m Sadia, a 20-and-some year old Muslim aspiring scientist and writer who loves to experiment with cooking, baking and all things food. And here it is: a blog following the ramblings of a 21st century Muslim girl about her never ending love for Islam, cooking and life! 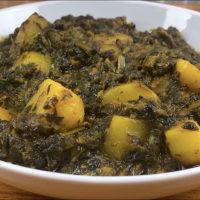 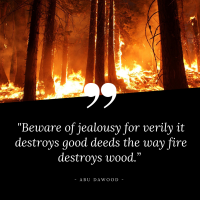